Bread pudding is so comforting and rich, the perfect dessert for any celebration, gathering, or holiday. This Bourbon Bread Pudding has the perfect amount of bourbon to give it just a little extra something that you didn’t quite know it needed. The bourbon pecan sauce is so decadent and the perfect topping for the bread pudding. Want even more decadence and deliciousness? Add a scoop of vanilla ice cream on top of a warm slice and drizzle the bourbon sauce on top for the ultimate experience!

I grew up eating bread pudding as dessert on Christmas later in my childhood. My aunt learned to make it after working in the bakery section if a grocery store and would make massive amounts of it for the holidays. When I originally asked her for the recipe I did not realize how much it made. That was until she let me borrow the mixing bowl she used to make it. It had to have been at least a 20 quart mixing bowl! If you don’t know how big that is, it is HUGE! Naturally I needed to scale it down a bit when I started making it for gatherings and holidays.

To make this Bourbon Bread Pudding I highly recommend using two or three day old bread that’s a little stale for better liquid absorption. I love using French bread for this because it’s a bit drier which makes it perfect to soak up the custard. I have also tried it with brioche bread and it turns out delicious as well, just a bit more moist and rich. As I mentioned there is custard involved. I am here to tell you it is the easiest custard base you will make and requires minimal ingredients.

For the custard you are going to need:

Simply whisk the eggs, add the rest of the ingredients, and whisk until thoroughly combined. The French bread gets pulled apart into cubes and added to the custard mixture. The bread soaks up all that custard deliciousness and is baked to make a fluffy and delicious bread pudding. You certainly can omit the bourbon in both the custard and the sauce but I am here to tell you it makes for a delicious twist. We can all use a little boozy dessert around the holidays, am I right?! 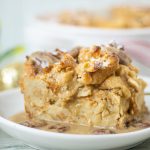 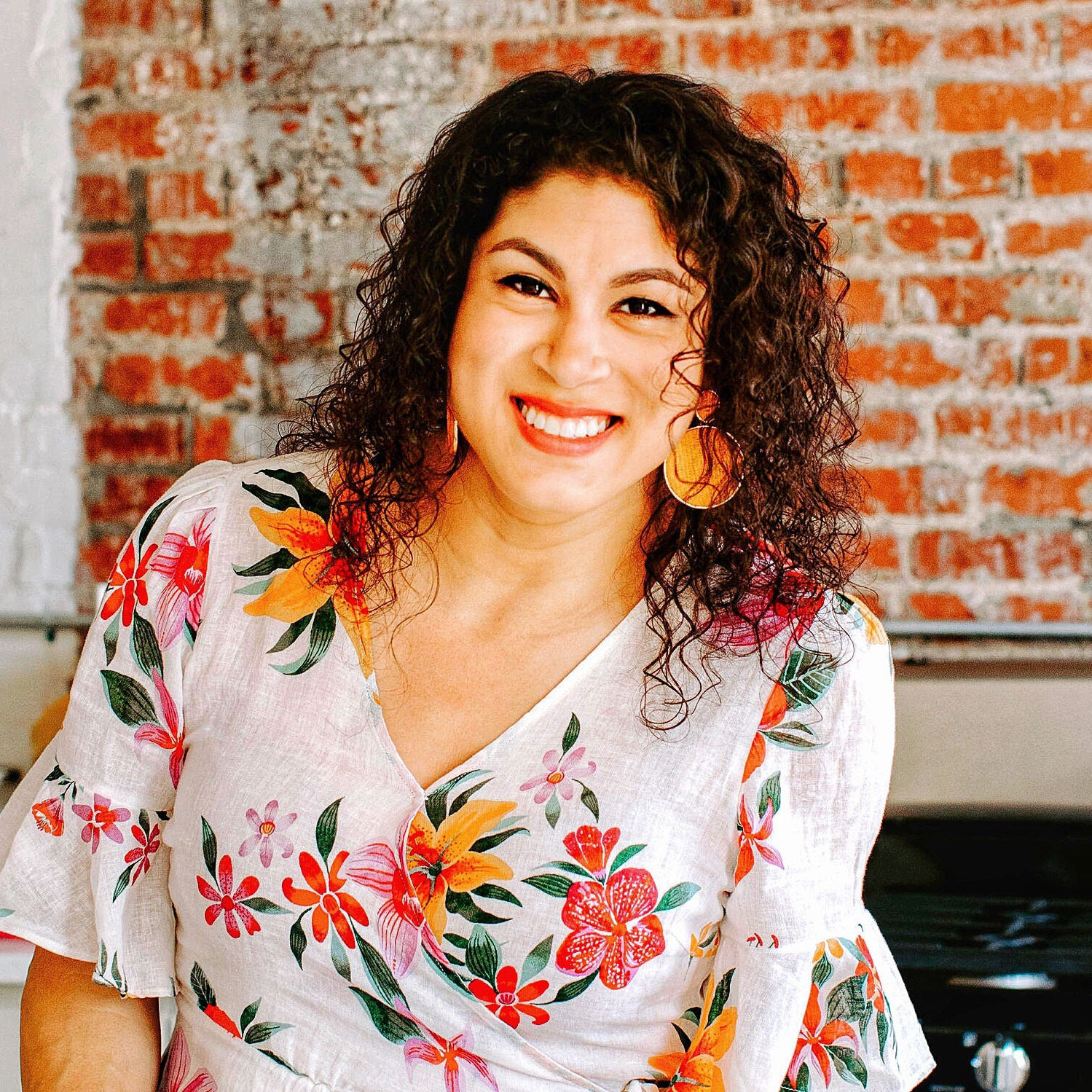 Hola! I'm Jess, a full-time oncology nurse who loves to cook and create flavorful and delicious food. I enjoy re-creating recipes to make them healthy and keep them full of flavor with some spice! You will find many Whole30 recipes here but also plenty of delicious recipes to indulge in because life's too short, right?!

This error message is only visible to WordPress admins

Please go to the Instagram Feed settings page to create a feed.